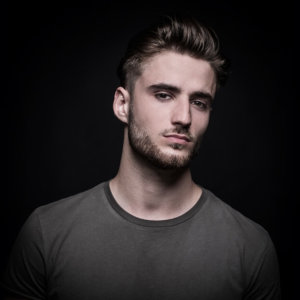 –The great things this 23-year-old DJ/Producer Chico de Reus, also known as Ravitez, has achieved this year are amazing.

No one other than Afrojack recognized his talent and soon it came to the point where he decided to get Ravitez on board of his team. It has given him the opportunity and privilege to share the stage with some of the biggest names in the scene.

His musical passion started in 2010 after his dad bought him his first DJ-set. Shortly after, Ravitez began producing his own music and made him realize that DJ-ing was his true passion .Once Ravitez graduated from high school, he made the decision to take a year off to fully focus on producing music.

In 2014, his very first single on Vato Gonzalez’ label Dirty House Records made it to the Beatport Top 100. His hard work and passion paid off big time when he released 2 tracks on Nicky Romero’s “Protocol Recordings” . After that more and more bigger DJ’s in the scene started recognizing Ravitez’ talent.

After joining Afrojack’s Wall Family, they teamed up in the studio and created “System” together with MC Ambush. Afrojack has been playing this banger of a track in his live sets, all over the world. Joining Afrojack on tour and playing at major festivals like Ultra Music Festival (Miami), Tomorrowland (Belgium), EDC (Las Vegas) and Untold Festival (Romania), many parts of the world already got introduced to Ravitez’ talent.

This summer he dropped his latest single “Everest” together with Joey Dale, which became #5 in the Beatport charts.

All of this is a huge step in Ravitez’ career and you can expect a lot of great new music coming up.