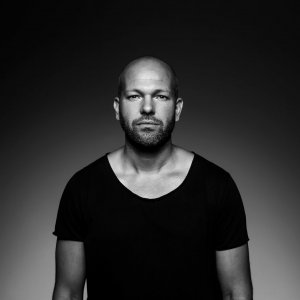 2017 and 2018 have been 2 incredible years for Rene Amesz. The Dutchman has blown the doors wide open with releases such as “Lord” and “Rosie” on Spinnin Deep Records with Lord having spent a total of 13 months at the top of the Beatport House chart, and over 5 in the top 10 overall. Also his collaboration with Mark Knight and the mighty Green Velvet called “Live Stream” reached a firm number 2 spot in the overall chart of Beatport. Besides this lots of chart tunes were released on labels such as Armada Subjekt, Kittball Records and Toolroom Records. This has included massive support from Mark Knight, Sander Kleinenberg, Groove Armada, Fatboy Slim, Technasia and many more. No mean feat at all, but if you listen to the consistency of his productions, it’s not hard to understand why he is one of this years’ biggest sellers.

Besides all this Rene started his own label called Art Reap Music. First as a fun project but it’s starting to shape up to something special. As a result, demand for him in the club and at festivals has never been bigger. Punters from around the world are clamouring to see the Dutchman live, with tours planned in the US, the Far East as well as jaunts to keep the home fires burning in Europe.

Few people have displayed the disciplined approach to producing that Rene Amesz has in the last few years. Churning out a steady stream of his unique, dirty cuts with their own distinctive groove, Amesz now has a sound that has been destroying speakers all over the world. It is now coming into its own at just the right time, still as fresh as ever, still evolving ever since he started to tailor his percussive sound for the dance floor. He has without doubt marked himself out as being one of the pioneers
of his sound. Career highlights have seen him take on remixes for Mark Knight and Funkagenda’s “The Man with the Red Face” and with further huge releases on Toolroom Records, Suara Records, and Sander Kleinenberg’s This Is imprint, this producer has certainly made his mark many times over.

Labels are clamouring for fresh cuts from the great man. 2018 will continue to be another incredible year for the man from Rotterdam.