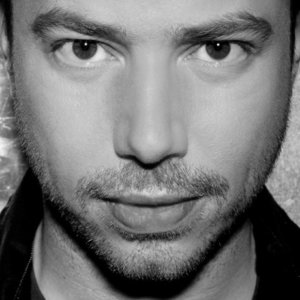 The first big achievement in his career was securing residencies at Judgement Sunday in Ibiza and at the Gallery in London. Sander has DJ’ed at many major clubs, parties and venues around the world. In June 2007 he presented one of Eddie Halliwell’s shows on BBC Radio One. He also did an essential mix for BBC Radio One in June 2006. His productions, both original work and remixes, in 2007-2008 have generally been well received in the electronic music industry and are supported by more than 50 radio stations worldwide. Notable artists he has done remixes for include Sia, The Killers, Swedish House Mafia, Depeche Mode, Lady Gaga & many others. He also did a collaboration with Robbie Williams.

On 3 March 2008 Sander released his first artist album under the record label Spinnin’ Records. The album was titled ‘Supernaturalistic’. It is a 13 track album with a wide variation of tracks.

March 2008 saw Sander win an award for ‘Best Breakthrough DJ’ in the International Dance Music Awards at the Miami Winter Music Conference in 2008 (beating the likes of Calvin Harris,Deadmau5 and Axwell). His track “Riff” also received a nomination as the best “Underground Track”.

In the summer of 2010 Sander had residency at the world famous Amnesia nightclub in Ibiza, Spain. On Tuesday of every month Sander was going behind the decks with the likes of super star DJs.

Sander headlined a lot of music festivals with Bal en Blanc 16 in Montreal, Beyond Wonderland in San Bernardino, Electric Zoo in New York and Transmission in Prague just to name a few. A month long tour of North America, which started in April was a great success with the finale “Dusk Till Doorn” show at The Guvernment in Toronto.

2011 has been another mile-stone year for Sander. In between huge headlining gigs at Energy, Mysteryland, EDC and his residency at worldwide Sensation festivals, he released his first true cross-over hits ‘Love is darkness’ and ‘Koko’. Besides that, his Dusk till Doorn compilation got its 2011 version, all of which earned him a Dutch Silver Harp award.

In March 2012 Sander performed at Ultra in Miami, where he introduced his new single ‘Nothing Inside’ (Mayaeni/Justin Parker) Featuring Mayaeni. The song hit #1 on Beatport as well as the playlists and charts in numerous countries.

In August 2012 it was announced that Sander van Doorn and various notable electronic music producers would be featured on the Halo 4 remix album.