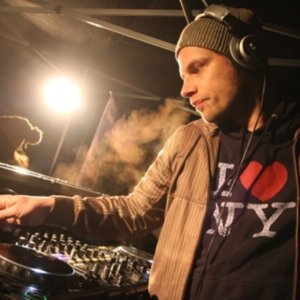 For a while he’d described his style as Urban-Funky-Fucked-Up-Housy-Disco-Sounds. He has shifted from this eclectic mix into pure house music with influences from everywhere since 2007. In general his sound can be described as lively, recognisable and accessible dance music with a naughty twist of course, just like his poetic deejay name implies.

‘The Challenge’ (Hoofddorp, The Netherlands) has been the place where it all began for Shagspeare, formerly known as William Shagspeare, aka Sander den Ouden. He spun his records at the enormously popular R&B / Hip Hop evenings at that time. Here at his first residency he took care of the programming and promotion of the club. Soon Shagspeare performed at the exclusive Amsterdam night clubs such as RoXY, Escape, Sinners, Panama, Paradiso and Melkweg. In recent years he performed at Mystery Land, Sensation, Extrema and Solar Festival amongst other things. His foreign bookings were in Greece, Turkey, France, Austria and the UK. He has become one of the regular DJs at well-known Dutch party concepts such as Sneakerz and Beatbox where his name has prominently been displayed between his colleagues Erick E, Laidback Luke, Jaziah, Fedde le Grand, The Flexican, Sidney Samson and Funkerman.

Shagspeare was one of the formation ‘Gelazer!’ (Load of Trouble!) together with dj Billy the Klit and MC Lady Bee until the beginning of 2007. They scored several hits (including music videos on MTV). Shagspeare together with Lady Bee are the organisers of the Annual DJ Record Attempt at the beach of Bloemendaal aan Zee. In the meantime Shagspeare got the hang of producing. In 2007 he started at the highly recommended education ‘Electronic Music Production’ at the SAE (School of Audio Engineering). Tracks, made by this man himself, can be expected soon on his own record label ‘Vukt Up Sounds’ amongst other things.