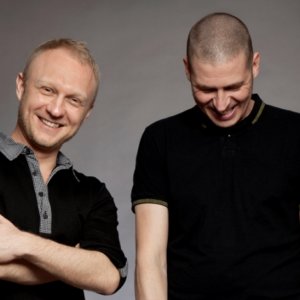 Being able to maintain a successful 10-year long career in dance music is no mean feat. With trends changing and evolving at a rate of knots in the modern era there are many acts that have their 15-minutes of fame and disappear just as quickly, never to be heard of again.

The Shapeshifters (AKA Simon Marlin and his Swedish partner Max Reich) have not only managed to stay relevant throughout the course of their career, but they are on the cusp of some exciting new developments as they reach an impressive 10 years together as one of the UK’s most successful ever dance acts. With standout hits including the timeless ‘Lola’s Theme’, ‘Back To Basics’ and ‘Incredible’ and remixes for the likes of George Michael, Christina Aguilera, Moby and Natalie Imbruglia, among many others, the duo are stalwarts of British dance culture.

With over twenty years experience each, they have maintained a healthy balance with their music – allied to neither the commercial nor the underground domains (as many of today’s acts are) – which has fuelled their success and helped to ensure that they are consistently in demand. In fact, during their entire 10 years together, demand for duo has never waned and this past year has been one of their busiest on record.

With all of this, and plenty of remixes to get stuck into, 2013 is going to be one of the biggest years yet for The Shapeshifters and they’re relishing the challenge. There’s a renewed zeal emanating from the duo as they look to the future with a fresh approach, a new direction yet the same passion that launched them into the public eye in the first place. With all this in mind, you can be sure that they’ll be celebrating another 10 years before you know it!!