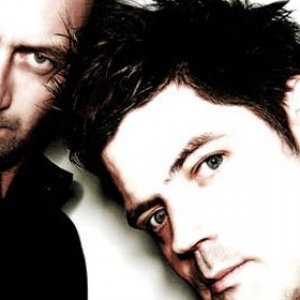 INTRO: In the past two decades, Slam have defined techno in Scotland, cultivated many artists of note on their Soma label, and remixed everyone from Daft Punk to Underworld. The legendary UK duo, comprising of Stuart McMillan and Orde Meikle, have travelled far and wide, leaving scorch marks on dance-floors worldwide, touring Australia, the USA , Europe, South America and Japan. They hold residencies at 3 of the UK’s best clubs (Pressure & the Sub Club in their home town of Glasgow and Fabric in London).

SLAM ON FIRE: The last few years have been the most prolific period in Slam’s career. Performing dynamic sets at many leading festivals including Time Warp, Mayday. Bestival,, Glade, Awakenings, Glastonbury, Monegros and T In The Park, they have also played at some of the world’s best clubs including the legendary Womb in Tokyo, Cocoon in Frankfurt, Rex in Paris and Berlin’s infamous Watergate and Berghain. Their Soma Records label hit its 20th birthday in 2011, which is a great achievement in any industry never mind the fickle music business. In this prestigious year Slam were also nominated as the ‘Greatest Dance Act of All Time’ in the institutional UK Dance music magazine Mixmag.

SOMA RECORDS: SLAM are the proud co-owners of Soma, which now in its 21st year, continues to be one of the world’s leading purveyors of cutting edge electronic music. As well as introducing and developing many new acts and album projects, Soma’s recent