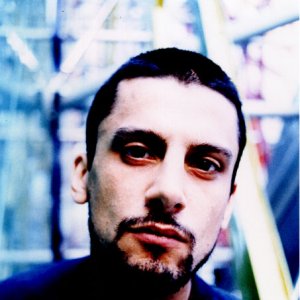 Advent a coming, or an arrival: a coming into being or use.

Quite an appropriate name for Cisco Ferreira, a man who has played a big part in the creation and development of Techno from the very beginning of this genre’s history. Indeed, his Techno CV is the stuff of legend. Cisco was producing Techno and performing live Techno shows years before the rest of the world had even heard of the genre. He released his first track in 1988, was a pioneer of the Live PA (or Live Public Address – performing Techno live in front of an audience using electronic music gear), and, if all that wasn’t enough, he even worked as the sound engineer on some of Derrick May’s, Adonis & Fingers Inc’s recording sessions!

The list goes on, and so does Cisco. Unlike other Techno pioneers from the early years, Cisco continues to produce with as much passion and frequency as he did back in the day. His releases on Labels Like Tresor, Rotation, Electrix, Kanzleramt, Dj Gigolos, Pure Plastic, Synewave plus many more is just another example of his ongoing pursuit to keep making music and pushing Techno to new boundaries.

Cisco was born to Portuguese parents on the island of Madeira (Portugal). His family moved to London (1975) when he was five years old, setting the stage for his musical career. While at Paddington College (1986) in West London, he studied sound engineering and secured a job after graduation as an assistant sound engineer at ZOLOU Then later WALL