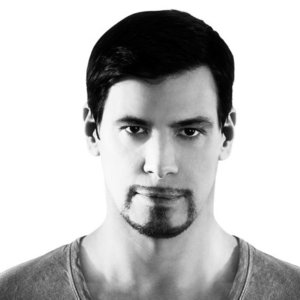 So far 2011 and 2012 have been landmark times for Thomas Gold – you couldn’t step inside the world’s finest clubs without hearing a Thomas Gold original track, collaboration or remix blasting from the speakers at some point during the evening. As a DJ, quite simply, Thomas Gold is known for having amongst the most impeccable programming and mixing skills in the business.

When asked by DJ Mag to name their favourite upcoming DJ/producer, Swedish House Mafia, Axwell, Sander van Doorn, Cosmic Gate (and more) had one name in common – Thomas Gold. As a producer, Thomas Gold focuses on quality over quantity, the number of highly rated records and remixes he has reached is more than impressive.

Releasing several smashes on labels like Size Records, Toolroom and Spinnin’ proved to be just the tip of the iceberg when Thomas Gold joined Axwell for their first collaboration. Together they remixed Hard Rock Sofa’s ‘Blow Up’ resulting in Thomas’ first release on Axwell’s well established Axtone Records. Soon after Thomas Gold got the chance to remix Lady Gaga’s ‘Judas’ and Adele’s ‘Set Fire to the Rain’ and most recently ‘The Wave’ for Miike Snow.

Together with Phazing Records frontman Dirty South, Thomas Gold provided one of the monster festival anthems of last year’s summer when they released ‘Alive’. They teamed up again at the start of this year and rushed the Beatport Top 100 with ‘Eyes Wide Open’. Amazingly, Thomas Gold exceeded this success with his solo record ‘Sing To Me’ which topped the Beatport Top 100 almost instantly.

After these achievements Axwell asked Thomas Gold to compile an album for his Axtone imprint. ‘Axtone presents Thomas Gold’ includes sounds of progressive house music, with influences from techno, tribal and trance music. Exactly reflecting the sound of when you see Thomas Gold live at one of the world’s major dance events.