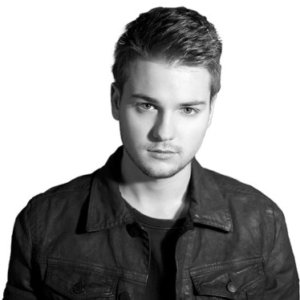 In spite of his tender age, Heeswijk-Dinther’s own Thomas Newson has made an unshakable mark on the global dance circuit. A young and unstoppable warhorse serving blow-after-blow of quality music to the digital market and its expanding live arena, huge collaborations and impressive label ventures have made Newson an unprecedented success story by anyone’s standards. Having experienced a huge spike in industry stamina throughout 2014, the road ahead is one of unlimited potential for Holland’s next prospective heir to the big room throne.

With no shortage of European contenders to battle against, Newson’s ascent can be attributed to a genuine focus on quality from the outset. Bent on matching tough sounds with melodic composure, that balance between the club floor and the expanding radio market is the route through which the young talent has built an impressive repertoire with artists from across the industry spectrum. In his own words, it’s the combination of great ideas alongside talented people that make the kind of unforgettable moments in music that Thomas Newson wants to be a part of.

For all his early musical aspirations, it took just two years for Newson to assert himself as a dominant player of the European circuit. After road testing the track during his infamous Tomorrowland set, Hardwell wasted little time in

signing ‘Pallaroid’ – Newson’s debut strike for Revealed Recordings. Following DOORN debut ‘Flute,’ the track represented a second entry into the Beatport top ten and a universal spike in attention towards the young Dutch contender and his practiced big room advocacy. Subsequent releases for Spinnin’ Records, Musical Freedom and Armada Music have seen the young talent consistently hold the upper echelon of the industry, signaling an unprecedented yet well-deserved spike for Newson and his accomplished studio getup.

With singles for Protocol Recordings, Revealed Recordings and a subsequent remix for Hardwell still to show their face, Newson’s studio efforts for the remainder of 2014 are matched with a significant run of live landmarks, including two spots at Tomorrowworld and subsequent high profile action at Amsterdam Dance Event. If Thomas Newson represents the precedent set for the next generation of big room stars then its future looks brighter than ever. (FB)

19 year old Dutch wunderkind Thomas Newson appears to be living the dream. Not only has he received incredible support from the likes of Hardwell, Avicii, Tiesto, W&W, Afrojack and many others, but also has the young artist released two amazing records at the end of 2013 which simultaneously reached Beatport’s hallowed top 10, a feat never before achieved by someone this young. ‘Flute’, his collaboration with New World Sound, gained massive radio airplay worldwide and was praised for its innovative integration of the flute into dance music.

From just being played by Hardwell at the Tomorrowland Mainstage, it only took Thomas a year before performing at the festival himself. With an incredible set he tore the roof off of the Full On stage at the 10th anniversary of Tomorrowland. Besides playing Tomorrowland, the year was filled to the brim with incredible club shows and performances at the biggest festivals in the world. To name a few, Thomas Newson played alongside the likes of Zedd, Skrillex and hip-hop power duo Outkast at the Voodoo Music Festival in New Orleans and he performed at one of the UK’s biggest festivals Creamfields, at none other than Hardwell’s own Revealed Stage.

Even though Thomas’ touring schedule is constantly busy, he has still managed to keep up a steady pace of solid releases. From very well-received original mixes to official remixes for industry titan Hardwell and the legendary Armin van Buuren. There’s a very obvious upward trend in Thomas’ releases in the year of 2014. Hardwell’s eye isn’t the only one he caught, none other than the number 8 DJ of the world, Nicky Romero has taken the Dutch rising star under his wings as well. Thomas’ releases were spread out over their record labels Revealed Recordings and Protocol Recordings. But last but not least beside the remix he did for Armin van Buuren, he also released some tracks on the master’s Armada Records.

Not only did Thomas release some awesome tracks on Revealed Recordings, Hardwell also invited him along to perform at some amazing festivals and parties where he hosted a Revealed Recordings Stage. Thomas has taken over 2014 with his incredible production and DJ skills and filled the year with some very big accomplishments. A year this good must of course be followed with a year that tops all this so the future is looking very bright for Mr. Newson. Whether it will be at a festival near you or a release he’ll put out, you’re going to be hearing a lot of Thomas this year!