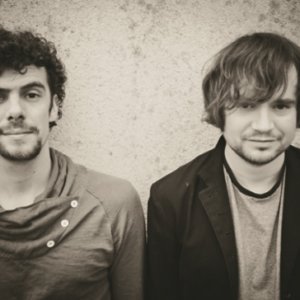 School buses aren’t the usual catalysts for great musical achievements, but this was where Arndt Roerig and Marko Vidovic – now known around the globe as Tube & Berger – first started their musical journey. 15 or so years later, they are now two of the most seasoned house producers and in-demand remixers around, with an acclaimed studio album, releases on an array of prestigious labels, and gigs at the world’s finest venues to their name. The biggest selling house act on Beatport in 2013, Tube & Berger is already one of the hottest acts in the world; but this is only the beginning.

From early experimentations in the world of punk, the German duo’s first breakthrough came with their 2004 hit ‘Straight Ahead’, which featured the vocals of Chrissie Hynde and shot straight to the top of the Billboard Dance Radio Chart. Since this early success, their output has evolved significantly, incorporating real-life recordings, samples, and an intricate, emotion-laden production style to create records that are organic and evocative without losing focus on packing that dancefloor punch essential for the modern-day DJ.

More often than not, these organic elements come from their frequent use of instruments in conjunction with ‘real-life’ sampling. From ambient background noise in local bars to playing the strings of an old piano, it is methods such as these that give their productions a complexity that outshines the vast majority of their peers. Revealing added depth with every listen, this left-field approach to production was gushingly described as “an essential escape route for house heads” by leading dance publication Mixmag back in 2012.

“We always say that it’s important to change and we like to be dynamic” says Roerig of their current aesthetic. “When the deep house boom came around, we were both pretty tired of the minimal, cold and non-melodic sounds that were around. Suddenly more vocal bits and more melodic parts came up, and we felt like that was much more our thing.”

If the “deep house boom” was the catalyst for the change in style, then Tube & Berger in turn have undoubtedly become one of the most celebrated proponents for it, crafting several of the scene’s defining records in the last couple of years. More notably perhaps is ‘Imprint of Pleasure’, a heart-wrenchingly poignant anthem that has provided the soundtrack for festivals and dancefloors for over a year. Indeed, such is the records popularity that it remained firmly embedded in the Beatport Tech House Top 100 more than nine months after it was released.

In addition to ‘Imprint of Pleasure’ (released on Suara at the start of 2013), Tube & Berger have also had singles and remixes drop on Snatch! and Great Stuff amongst others, but perhaps one of the greatest strings to their bow has been the success of their own label Kittball Records, which they run along with friend and fellow DJ Juliet Sikora. As well as releasing their own music, Kittball has helped nurture the careers of Milan Euringer (alongside whom they wrote the huge underground hit ‘Lovebreak’), Jerome Robbins, and Kolombo to name but a few.

It was also on Kittball that Tube & Berger released their debut studio album ‘Introlution’ back in 2012. Aiming to “convey mood, great vocals and plenty of emotion”, the album boasted a collaboration with Chicago House legend Robert Owens as well as a further 14 tracks that moved from glitchy, jacking house to stripped-back Balearic vibes, confirming (if further proof was needed) Tube & Berger’s highly eclectic and unique position within the scene.

In 2013, Tube & Berger were invited to host regular DJ mixes on US satellite station Sirius XM by superstar DJ Tiësto. Broadcast monthly, their show ‘Tube & Berger In The Mix’ showcases upfront, deep house sounds from Europe and around the globe, brought to you from a duo at the very cutting-edge of the scene.

Their tour diary for the latter part of the year was packed, including gigs throughout Eurpoe, Brazil, South Africa and an Australian tour in December. “It would be interesting to play more in the USA” they say of their plans for 2014, “We had our first tour this year and one of the highlights was playing in the USA; you can really feel it’s growing over there.”

Despite this relentless flow of gigs, they still find time for the studio — a testament to both their tireless work ethic and palpable passion for the music they create. Remixes and EPs on Defected, OFF Recordings, and Stealth Records promised to further elevate them in the pecking order of essential artists. In addition, they’ve started work on a follow-up to ‘Introlution’; currently pencilled for release in the latter half of 2014, the album will “take off where Introlution ended, in that it will be a combination of our big club records to date, some vocal tracks featuring some very cool names, and some more thoughtful electronica pieces.

Their first release of 2014 has proved to be an astonishing success – even more so perhaps that the aforementioned ‘Imprint of Pleasure’. Produced alongside long-term friend and label partner Juliet Sikora, ‘Set It Off’ was labelled an ‘Essential New Tune’ by Pete Tong before going on to reach the dizzy heights of #1 and #2 on the Beatport Deep House and overall chart respectively. Now signed to Tong’s FFRR with full commercial releases in the UK, Germany, France, and US planned for later in the year, ‘Set It Off’ looks set to be the record that elevates Tube & Berger from underground stars to major global players.

“We really hope that with this body of work we can start to make the transition to a live act.” They add, “The album will definitely be full of us playing real instruments, as we come from an indie rock background and are determined to take it on the road.”

Until then, Tube & Berger will continue doing what they do best: creating thoughtful, meticulous house music that pulls just as incessantly at the heart as it does the feet. And with the quality and consistency they’ve shown to date, there’s no limit to what they might achieve.