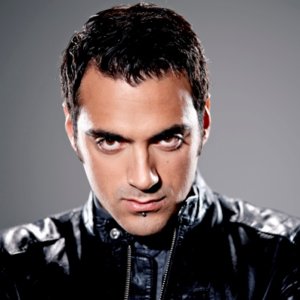 In an age where very few artists break the mold and truly shine through as unique and innovative, Dutch/Turkish star Ummet Ozcan is one of the exceptions to the rule. Not only because of his advanced studio knowledge and the impressive string of dance floor hits this resulted in, it’s also thanks to his enduring presence at worldwide mainstages these last years. A success story that’s about to enter new grounds…

Growing up in the known epicentre of dance music, The Netherlands, it isn’t difficult for Ozcan (1982) to plug into dance music at a young age. “The EDM scene has been very big here since I was a teenager. We’ve had dance music playing on radio stations for over 20 years now”, he explains. So, as soon as he’s good and ready, music starts to come out of Ozcan’s studio.

It won’t take long before he gets the attention he deserves. Since achieving his first major success in 2011 with ‘Reboot’, which spends seven weeks at #1 on Beatport, the veteran DJ’s major hits have been sampled in his peers’ radio podcasts and played at festival mainstages all over the world.

In 2012 his genre-defying #1 smash hit ‘The Box’ is one of the most played records at EDC Las Vegas, while a year later his W&W collab ‘The Code’ is one of the most popular tracks at Ultra Music Festival 2013, followed by the R3hab co-produced, #1 Beatport hit ‘Revolution’ and the remix of Fatboy Slim’s ‘Eat Sleep Rave Repeat’ together with Dimitri Vegas & Like Mike.

Instantaneous hits In 2014 Ozcan sees another amount of his tracks reach the highest chart positions. ‘Raise Your Hands’, ‘Smash’ and ‘Superwave’ all become instantaneous hits, racking up millions of YouTube views and making it to #1 on Beatport. It’s no surprise that he’s an in demand talent who’s playing to an international market with gigs at world-renowned festivals like EDC, Tomorrowland and Global Gathering and clubs like Avalon, Ruby Skye, Ministry of Sound and more.

By garnering support from a broad array of the world’s top jocks like Armin van Buuren, Tiësto, David Guetta, Avicii, Calvin Harris, Steve Aoki and Sander van Doorn, he’s solidified his position at the forefront of all-star dance producers. His rise in DJ Mag’s Top 100 underlines this trend; in 2014 Ozcan gets awarded for Biggest Climber, moving up 68 places, now positioned at 31.

Besides this, Ozcan is also known for his softsynth and soundbank design for well-established music software houses like Rob Papen (Albino, Predator) and Access Music (Virus). Talk about being innovative, it all comes together in Ummet Ozcan’s resumes –stay tuned for more pioneering stuff soon!