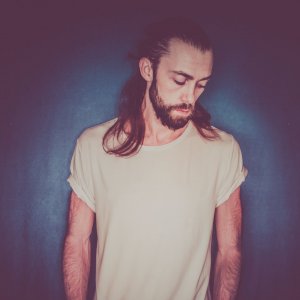 Breaking through in 2011 with “BadmanRiddim” in the top 10 of the UK main chart, Vato Gonzalez has been around ever since with a streak of radio and club hits accumulating millions of streams worldwide. His unique sound in house music lends elements from deep-, future-, fidget-, UK- and basshouse. Balancing on the thin line between underground and main stage, he’s been supported by leading DJMAG top 100 artists as well as underground innovators alike. Vato has been commended by the founding father of house music,Chip E., for his groove. On BBC Radio1 he has received praise from MistaJam for his unique sound and by legendary DJ Pete Tong for his perspective. His signature ‘riddims’ enjoy broad radio support on BBCR1, Kiss FM, 1Xtra, Rinse FM and have led to
more than 2.000 gigs worldwide in the last decade, ranging from several editions of Tomorrowland to touring through Europe, US and Asia. An unparalleled energetic stage performance combined with a highly technical and adaptable style of mixing made him a welcome guest at any time slot, knowing how to balance perfectly between the new and the known.

In 2007 he launched ‘Dirty House’ as a series of mixtapes amassing upwards of 15 million streams. Soon he expanded the brand
with a monthly podcast that’s currently syndicated across several radio stations, a respected record label amongst fellow
artists and a series of sold out club nights and festival areas across Europe. Vato is a unique and outspoken character in a
world full of pre-fab artists. He’s as passionate about music and the business behind it – as he’s witty and humorous about it all. His energetic personality and open-hearted nature on and off stage, gained him a loyal following that will pop up wherever he appears.