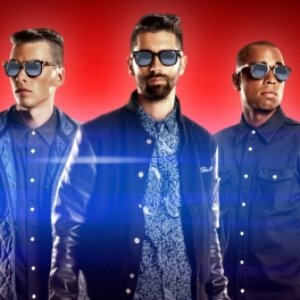 What started as a way of exploring the gap between Hip Hop and EDM turned out to be a successful concept at the night club Jimmy Woo in Amsterdam and developed into one of the most surprisingly refreshing DJ projects the world has seen in a while. A big part of the Yellow Claw success are their all round trademark skills, interaction with the audience, their music video’s, a clothing line, their own record label and a sound that crosses boundaries and mixes up genres.

With several hits in the Dutch Top 40 and a number one ranking with their remix of Major Lazer’s ‘Jah No Partial’ on Hype Machine they were set to conquer the rest of the world. Yellow Claw’s humongous number of followers on Soundcloud, 250K, and their track give-aways have led into two EP releases on Mad Decent and one EP release on Steve Aoki’s label Dim Mak. Beside these successful EP releases they released several singles on Spinnin’ Records including ‘Shotgun’ which raised over 40 million views within a year and gained the gold status. Quite some impressive collabs with their favorite artists followed, they have worked with Diplo, DJ Snake, Flosstradamus and Skrillex, just to name a few. Yellow Claw also produced several official remixes for artists such as Martin Garrix, Tiësto, Showtek and Iggy Azalea.

The past twelve months Yellow Claw toured all around the globe, playing primetime gigs on the biggest stages like EDC Vegas, Tomorrowland and mainstage Mysteryland. In between this exploding gig schedule they also managed to set up their own highly popular clothing line in cooperation with streetwear label Daily Paper, ‘Blood for Mercy’. In May 2014, they inaugurated their own record label, called Barong Family. Playing alongside Diplo and Skrillex at Madison Square Garden on New Year’s Eve has probably been the best way to end 2014.

With that being said, 2015 will definitely turn out even more successful with a highly anticipated album scheduled and lots of tours and festivals already confirmed.