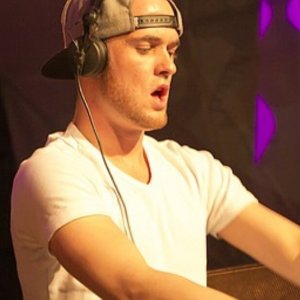 Ziggy Kuijlaars, better known as DJ Ziggy Stardust has been involved with music ever since he was born. Grew up playing in bands until the age of 16. Ziggy Stardust discovered his love for DJing at the age of 17 when a friend asked him to join at a party!

“I really got involved quickly and because I’ve been playing drums all my life, beatmatching wasn’t that hard for me”. Performing at several birthday parties and schoolparties made him craving for more!

Ziggy is already supported by the big boys in the scene, opening for superstar deejays like Tiesto, Chuckie, Billy the Klit, and Marco V at one of Holland’s bigger indoor events called “Evolution”. Even recognized as the upcoming talent by deejays nr.1 electronic equipment distributor, Ziggy Stardust won 2009’s Pioneer Pro DJ Contest. Now rocking all big clubs in the area of The Hague and even abroad in Curacao and Spain!

DJing is just one of his talents, put Ziggy in a studio and just let the magic do its work. Starting off with major support of his “Lil’ wayne – A Milli” Bootleg supported amongst a lot of big names in the scene, such as the Bingo Players, Hardwell, Vato Gonzalez, and Kenneth G. Ziggy’s producing skills only kept on growing, and he is now supported by the likes of: Laidback Luke, The Partysquad and others, playing his “Duck Sauce – Barbara Streisand” Bootleg in every set.

His style? Just house music in all kinds of ways.. It can vary from many styles “I just don’t think that doing the same thing all over again won’t get me any further! I think you need to be capable of handling any crowd in front of you’’.

Ziggy Stardust definatly is a talent you’ll want to keep your eyes on!